Today was a beautiful day on the Heights. The sky was as blue as can be, New England’s fall foliage continued to show why it’s world famous and I had just awakened from a lovely dream. Everything was going swimmingly.

En route to breakfast I commenced my first Facebook scroll-through of the day and lo and behold, I stumbled upon an article from the Tab shared by one of our fellow Eagles. I read the headline and was in shock: “Sitting down with Maria, Tuscan Chicken Extraordinaire”. I thought to myself, “Where have I seen this before?” and remembered that it was right here, on Chestnut Trill, an article that I authored (!!). Needless to say I was not happy.

To summarize my thoughts:

Listen, “Tab,” I get it. We’re two kids in the same blogging playground. We have to share the same toys (views). Naturally, there will be a degree of animosity in between us. A friendly rivalry of sorts. I’ll let you have your side of the sandbox (articles about BC kids whose parents met at BC, laptop stickers, cocaine in the bathrooms) and you let us have ours (65 Things: Part I and II, 8 Reasons Why BC is the Whitest Place Ever, Tips for Guys/Girls). I thought this was understood. How wrong I was.

You crossed the metaphorical line in the sand. You ventured on to the other side of the sandbox and took our toys. At a school where we stress “men and women for others,” how can you justify taking what’s ours for your own advantage? Something doesn’t seem right. Smells a lot like…plagiarism.

So now here we are, Tab. You’ve opened a Pandora’s box and there is no going back; through your choice you willingly escalated what was a subtle competition into a full blown war. Make no mistake about it: in this conflict you are the Ja Rule to our 50 Cent, the Meek Mill to our Drake, the B-Bone to our Supa Hot Fire. Does anyone even know who B-Bone is? No. That’s how badly Supa Hot emasculated him and we’re going to do the exact same. Our path towards blog supremacy will make Frank Underwood’s path to the White House look like a cakewalk. How bout dem references.

Another thing about The Tab: it’s a British company. So every time you read one of their articles, you’re essentially contributing to the economy of a nation that once oppressed us. That’s as un-American as it gets. Never forget. 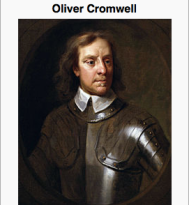 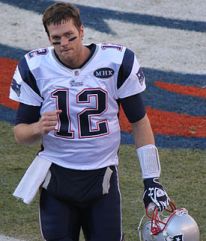 Maybe it’s because I never called them back? Gloria from Wedding Crashers-esque

I wanted us to be friends, Tab, I really did. But this behavior is unacceptable. So keep on keeping on with your hockey player interviews and other “stories you care about”. Enjoy posting up in the Quad, yelling at bypassers to like your Facebook page and tempting them to do so by giving them free coffee. That’s cool. But just remember one thing, in the words of The Wire’s Omar: “If you come at the crown, you best not miss.” And you missed.