Middle school was an incredible time to be alive. Awkwardness everywhere as puberty began to take its toll. Those yearbooks are the real American Horror Story. Unfortunately in the whirlwind that was those years, some of the music was lost to time. Take a second to reminisce upon the songs that occupied our iPod Nanos during our most difficult period. Without further adieu, in no specific order, my top 25:

1. Kiss Me thru the Phone. What a start. I can still go bar for bar with Soulja Boy. If you didn’t call the number sung in the hook I don’t trust you as a person.

2. Low. Flo Rida. T-Pain. Doesn’t get much more middle school than that. Apple bottom jeans. Boots with the fur. Try getting that out of your head now. You can’t.

3. The Sweet Escape. Though nothing could top Hollaback Girl, Gwen Stefani + Akon is a close second.

4. Cyclone. Baby Bash is the epitome of a one hit wonder. Had to check his wikipedia to make sure he’s still alive.

Yep, he’s okay. Didn’t really take him for a Latino though.

5. Sexy Can I. This literally oozes sex. The song that put Ray J in a position to bang Kim Kardashian. Do people say bang anymore? Asking for a friend. Anyway, enjoy this picture. I love the Internet. 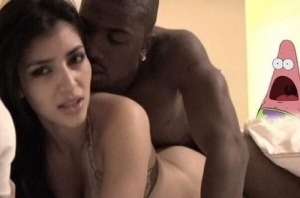 6. Stronger. Kanye throws together a Daft Punk-like beat and ushers in a new era of rap. Nbd but kbd.

7. Kiss Kiss. Chris Brown was this generation’s version of Mike Jackson. Dance moves that have set floors ablaze and girls fainting by the dozen. Add that to TPain in his prime and you have a certified banger. This is Nappy Boy Radio, we love rap music…

8. Forever. Take the four biggest rappers of 2008, throw them on a track, and see what happens. Drake batting leadoff and singing the hook. Eminem in the cleanup slot. ‘Ye and Wayne in the middle of the lineup. This song was destined for greatness from the day it was conceived.

9. Over. The song that brought Aubrey Graham aka Wheelchair Jimmy into the public eye as a legitimate rapper. Hasn’t stopped making hits ever since.

10. Thnks fr the Mmrs. So much teenage angst. Max out the volume and strap in for the ride. What an odd time it was when these guys were cool.

11. Pursuit of Happiness. Cudi before he fell off the deep end. Fresh off of A Kid Named Cudi, the moon man creates the ultimate stoner jam. “Crush a bit, little bit, roll it up, take a hit.” Yes please.

12. A Milli. On his Dedication 2 tape Wayne said he was the best rapper alive and he proved it on Tha Carter III. If you weren’t riding around main street on your Razor scooter bumping A Milli on your iPod Touch what were you doing with your life.

13. The Spins. Mac sampled Empire of the Sun’s “Half Mast” en route to finding the perfect backdrop for his verses. Do you know who Empire of the Sun is? Neither do I. “Wanna get a mansion, a jacuzzi, a theatre to watch my movies.” Me too, Mac. Me too.

14. Promiscuous. Nelly Furtado creates an all time great with 4:02 of eargasms. If this song doesn’t get you going, proceed to check your pulse.

15. Beautiful Girls. The world should forever be grateful for the contributions of Sean Kingston. Produced a handful of great songs and then went back to Jamaica as a king. Living the life, sitting on a pile of money while being fanned by Caribbean girls. OG #fatguy. Sean Kingston gets it.

17. Whatever You Like. Half of the innuendos in this song went over my head. At least the lyrics related to my 13-year old white suburban self perfectly. TI and I would be great friends.

18. Ayo Technology. 50’s Curtis album largely disappointed after the success of GRoDT and The Massacre but this heat was an exception to that generalization. JT was the Weeknd back when the Weeknd was in middle school.

19. Soul Survivor. Might be the hardest rap song in the history of mankind. “I can’t sleep, I’m living in hell” to start it off and it only gets tougher from there. Young Jeezy has killed no less than three people in his life. Add Akon and this song becomes the stuff of legend. See a trend here? Akon = gold.

20. Black and Yellow. Uh huh, you know what it is. Taylor Gang can chalk this one up as a victory. If there’s two things Wiz Khalifa knows, it’s weed and how to make a hit record.

21. Umbrella/Disturbia/Rihanna. Before “Bitch Betta Have My Money” and “Diamonds” there were “Pon de Replay” and “Don’t Stop the Music”. Nothing tops “Umbrella” and “Disturbia,” though. Sometimes you don’t know what you have til its gone. This applies to ’08 Rihanna.

22. No Hands. Not much of a Waka fan but even the harshest rap critic has to admit, this song bumps. Wale goes in, Waka does the same, and Roscoe Dash stays relevant for a second.

23. The Way I Are. Timbaland comes out of the production studio to rap alongside Keri Hilson’s chorus. Every Timbaland track is well worth the wait. This one does not disappoint. Timbaland: “I aint got a motorboat, but I can float your boat.” 13 y/o me: “Sounds good, I agree.”

24. Bedrock. The 1927 Murderers Row Yankees’ lineup does not begin to compare to this. Wayne, Nicki Minaj, Drake. Truffle butter before truffle butter was even coined as a term.

25. Crank That. Saved the best for last. Self-explanatory. If you knew the dance you were automatically the coolest kid in school.

Honorable mentions: Love in This Club, My Love, and Birthday Sex.

One thought on “25 Middle School Bangers”