As a heterosexual white male from a stable financial background I rarely have anything to get worked up about. I’m not saying this to boast or to devalue others; I’m saying it because it’s the truth. My dude Lil Dicky hilariously sums up my existence in his rap song “White Dude,”:

With that said, I have recently been the subject of cruel and unusual punishment. My unalienable rights as an American, nay my natural born rights as a human being, have been compromised. Specifically the BC Residential Life department has blatantly violated my innate right to comfortable seating.

On October 5th the residences of Welch were subject to a surprise Health and Safety check. I was lucky enough to see my RA and Remy, Welch’s smokin’ RD, before they had worked their way to my room. I quickly scrambled back to my room and attempted to hide all my contraband but before I knew it, there was a knock at my door. Despite my best efforts, I failed to conceal a single shot glass but more importantly there was nothing I could do to hide my dear futon.

Before I continue I want to express how much my futon means to me. During the course of this year I have slept on my couch significantly more than my bed. Whenever I drink the chances I make it all the way up to top bunk plummet like the stock market on Black Tuesday. Post football game naps on my couch, there’s nothing better. Even when I don’t consume any alcohol, I love to sleep on my couch. Call me lazy, call me deranged, I don’t care: my futon is comfy af. When I’m taking a minute to collect myself between classes, I can’t imagine anywhere better than my futon. In fact, I even wrote this article from my futon. Needless to say my futon is incredible. Anyways back to the story….

Immediately Remy asked me if I knew about the futon policy and I knew I had no chance pleading ignorance. I told her that I did but didn’t understand the reasoning; instead of submitting to this tyranny I took a stand. Remy and I had a heated conversation for 10 – 15 minutes during which I viciously defended my inherent right to a futon. Perhaps I got too heated and let a few too many curse words loose but hear me out.

For those who don’t know the Residential Life Department provides couches for all residences in a suite style room. So if I had been lucky during the housing lottery, and been placed anywhere on lower, my futon wouldn’t be an issue. In fact I wouldn’t have had to pay/set it up, they would have given it to me 4 free. What’s even more ridiculous is that Res Life provides couches for all RA’s. So right down the hall there is a couch that Res Life supplied. I fully support the Res Life department gifting free couches to those students who take on the responsibility of being an RA. But it just seems more than a bit ridiculous that my couch is banned while there is a couch provided by the school right down the hall. Sure Res Life doesn’t have to pay for mine but they’re 100% contradicting themselves. The inspection sheet reads: “Futons are allowed in living spaces not specified as sleeping areas.” So even though my room is almost identical to his, mine is a sleeping area and his isn’t. Don’t the same health and safety standards apply to RA’s and normal residents?? There is no logic behind the Res Life decision to ban futons; I fully intend to battle them. Let it be known: I will not submit. They can take my tuition but they’ll never take my futon!

To those of you who think this is a stupid fight or think I’m just stubborn, understand this: I spent a significant amount of money on this couch. It seems unfair that after spending all that money and time setting the goddamn thing up, I have to throw it away. Not only was the futon expensive, but it also makes my room home. Unlike many students who spend only 1 – 2 years in a dorm, I have spent the last 6 years of my life living in a dorm room (I went to boarding school). My home for the past 6 years, more than a ¼ of my life, has been a generic white walled cube. The only reason I have any sanity is because I have acquired the talent of turning something completely impersonal and uninviting into something unique and cozy. In every single dorm room I have lived in there has been a futon; somehow I got away with it last year on Fenwick 4. However, this year the ‘man’ is telling me to conform, to throw away any kind of self-expression and accept a uniform existence…. I mean what happened to the first Amendment. I’m sorry, I thought this was America.

I beg for your support in my battle against the tyrannical Residential Life Department. 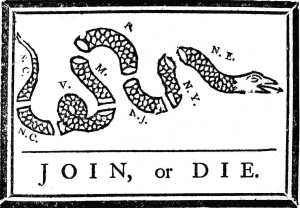