5 Strangers and a Diamond Heist. Oh and blood. SO much blood. 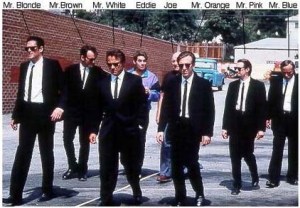 Steve Buscemi in his prime, proves to everyone that tipping is a crazy practice. The whole scene takes about 4 minutes, and the dialogue is hysterical. Not only because Buscemi argues over 1 dollar, but because you’d be lying if you said he didn’t make valid points that make you question the practice in itself. Though I do suggest that you don’t try to break your new beliefs out on a first date, because thats a great way to not have a second date (Unless they get the reference, in which case, throw a ring on it).

Gruesome. But very funny in the sense that “Stuck in the Middle With You” by Stealer’s Wheel is playing throughout the whole thing. You’ll find yourself singing/humming along while a straight razor makes it super difficult for the cop to put in headphones ever again. He’ll be sticking strictly to Beats from now on. PSA: Stop after the music stops to avoid spoilers.

All in all, the movie is KILLER. But seriously it is regarded as the best independent film of all-time, and I can’t include much else without giving away some seriously crucial information. It’s only 90 minutes, so do yourself a favor and hook up the laptop to the TV and get blown away by this masterpiece. 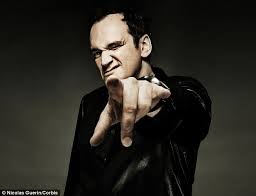